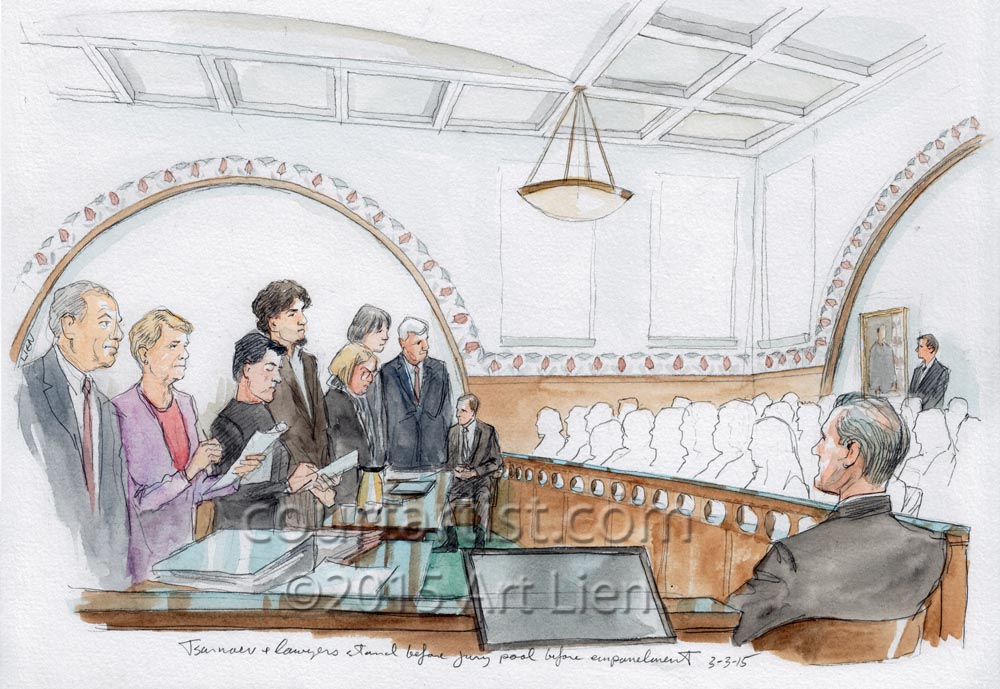 After I don’t know how many weeks of jury selection in the trial of accused Boston Marathon bomber finally reached the last stage today, where each side exercised their peremptory challenges. A panel of 12 jurors and six alternates was selected and will be sworn in tomorrow before hearing opening statements and the first witnesses. 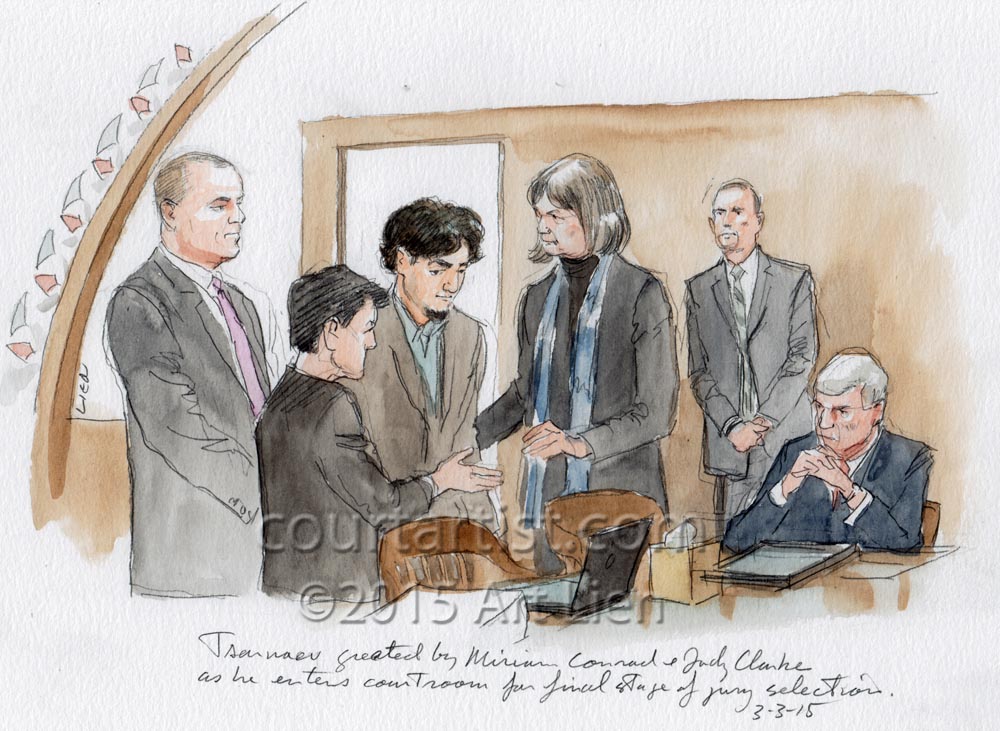 Tsarnaev appeared relaxed and in a good mood as he was greeted by his lawyers in the courtroom. Later as each side huddled to decide on their strikes Tsarnaev spent most of his time scribbling on a note pad he had on his lap. 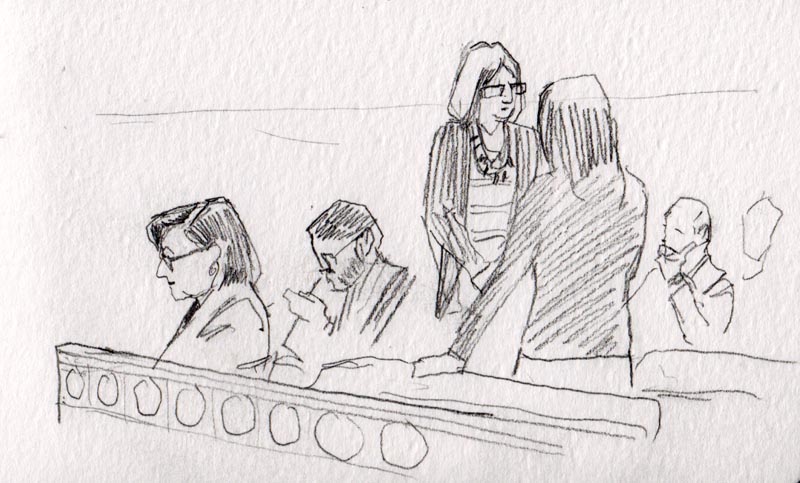 This little sketch shows U.S. Attorney Carmen Ortiz, far left, and others waiting for court to begin. AP’s Denise Lavoie – she’d be more recognizable if I colored in her red hair – is shown standing with someone from the U.S. Attorney’s office.