A Little Excitement at the Staid Court

After a slippery sloppy commute on a snowy morning a couple of quiet hours listening to patent law arguments seemed like a good opportunity for a snooze. I was sketching on auto-pilot as the first argument, Octane Fitness v. Icon Health & Fitness, was concluding when a loud voice coming from the back of the courtroom startled me out of my somnolence. “Corporations are not people, money is speech. Overturn Citizens United.” shouted a young man before Court security officers whisked him away. 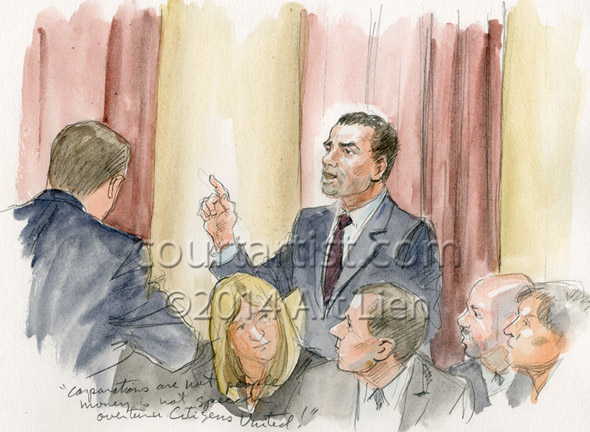 The young man, it turns out, is Noah Kia Newkirk, a member of a group called 99Rise.org whose aim is to “get big money out of American politics.” It appears his outburst was in part staged for a video camera that was smuggled into the courtroom. The video shows that this is not the first time this group has captured the Court on camera. It also turns out that the footage at the beginning, though labeled McCutcheon v. FEC, is actually from arguments in  Burt v. Titlow, another case argued the same day.

I initially sketched him with a moustache and goatee, but on reflection I think he just had a heavy five o’clock shadow. It all happened very fast and I am not possessed of a photographic memory. Not a very good drawing.

Anyway, here are a couple sketches from the argument that I managed to finish. I think they are more successful. 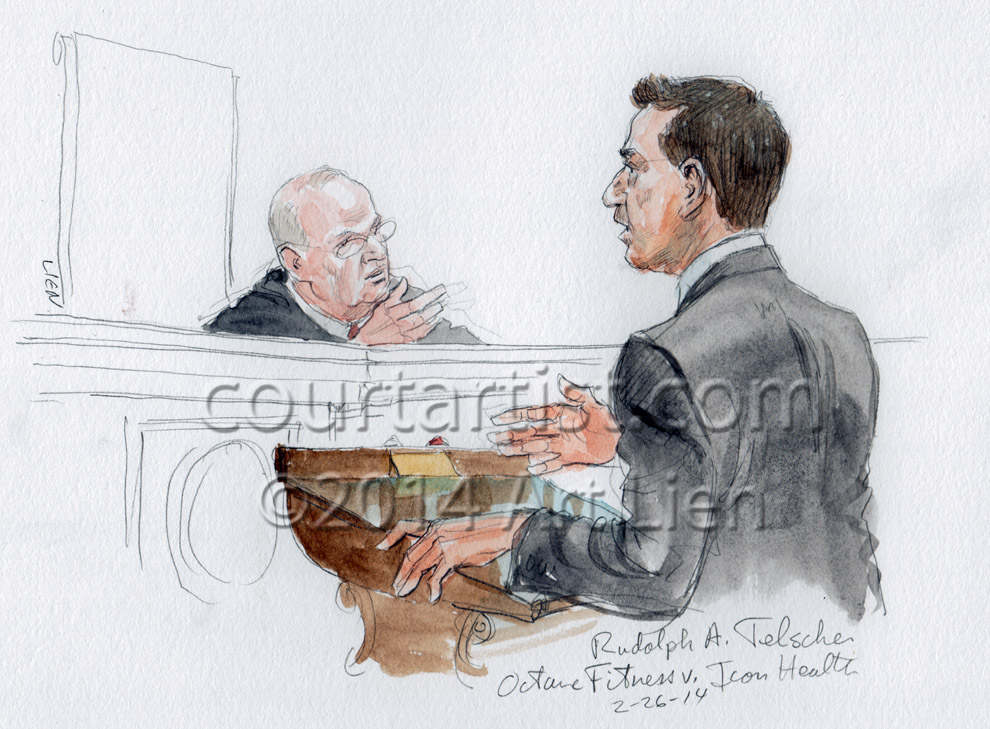 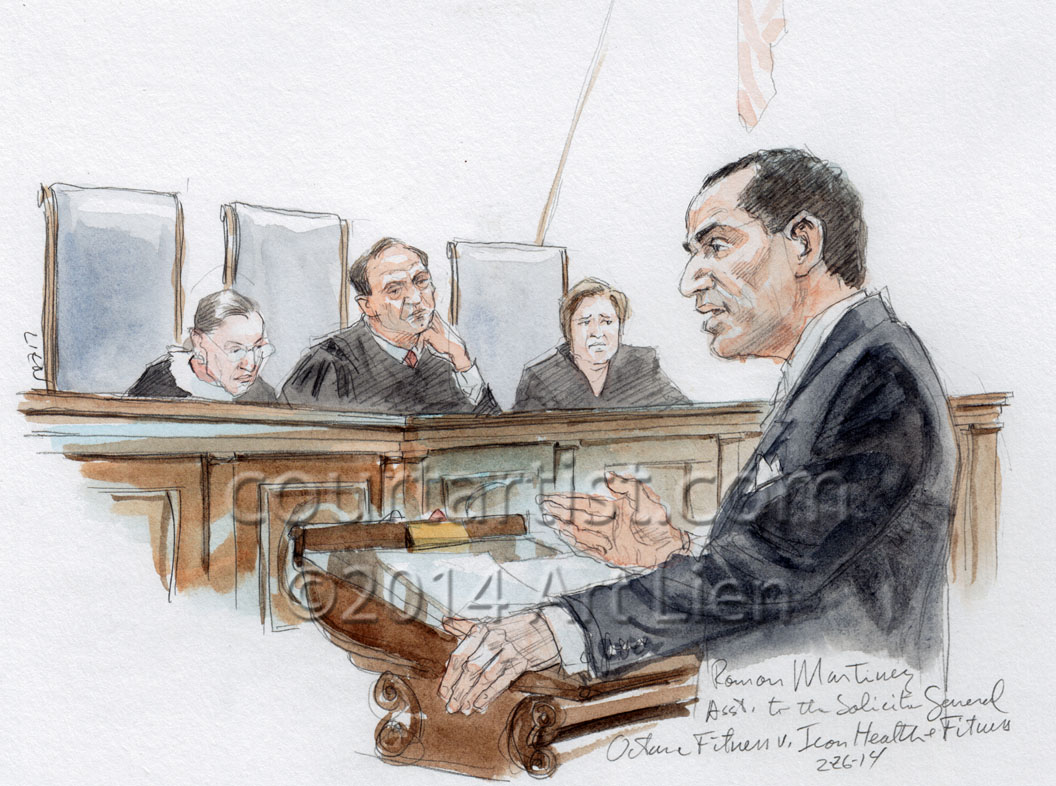 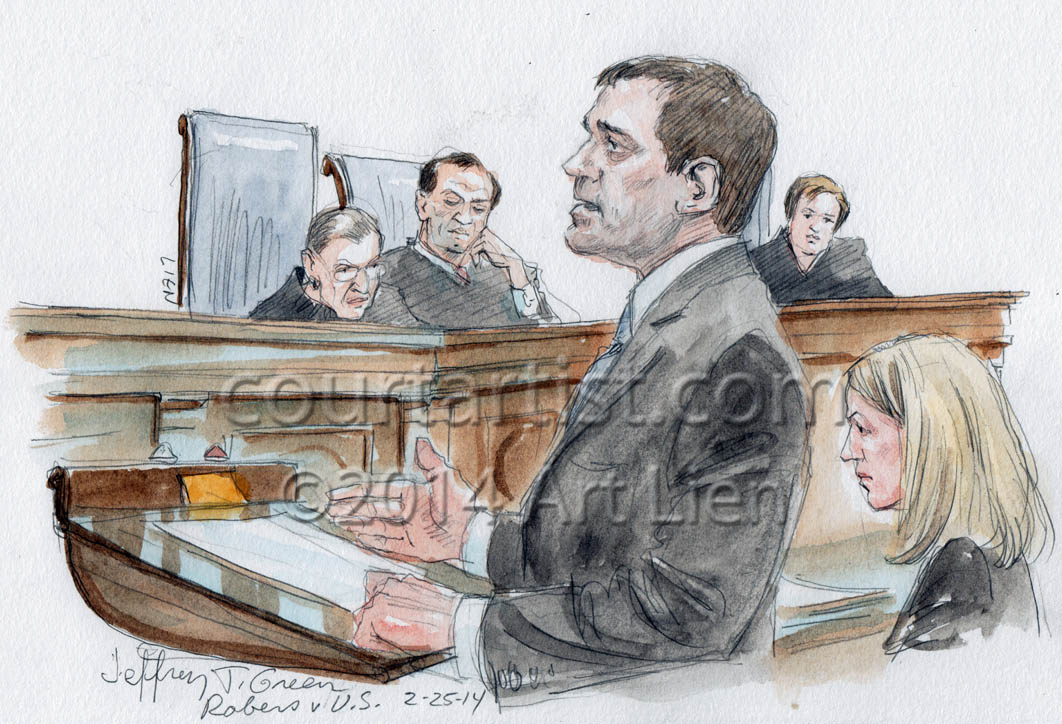 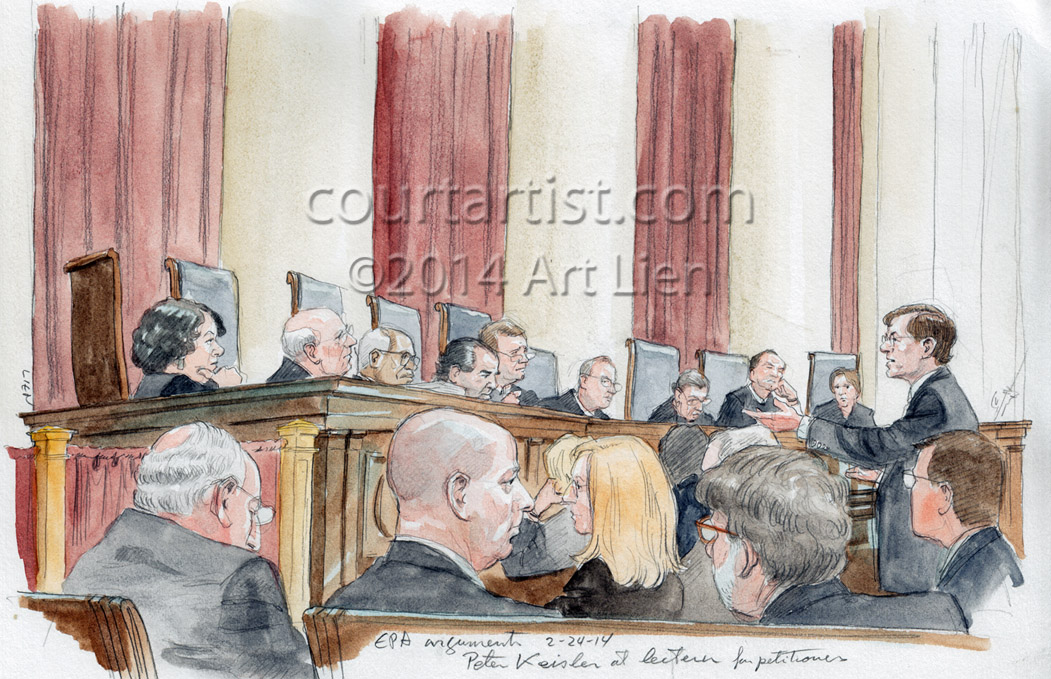 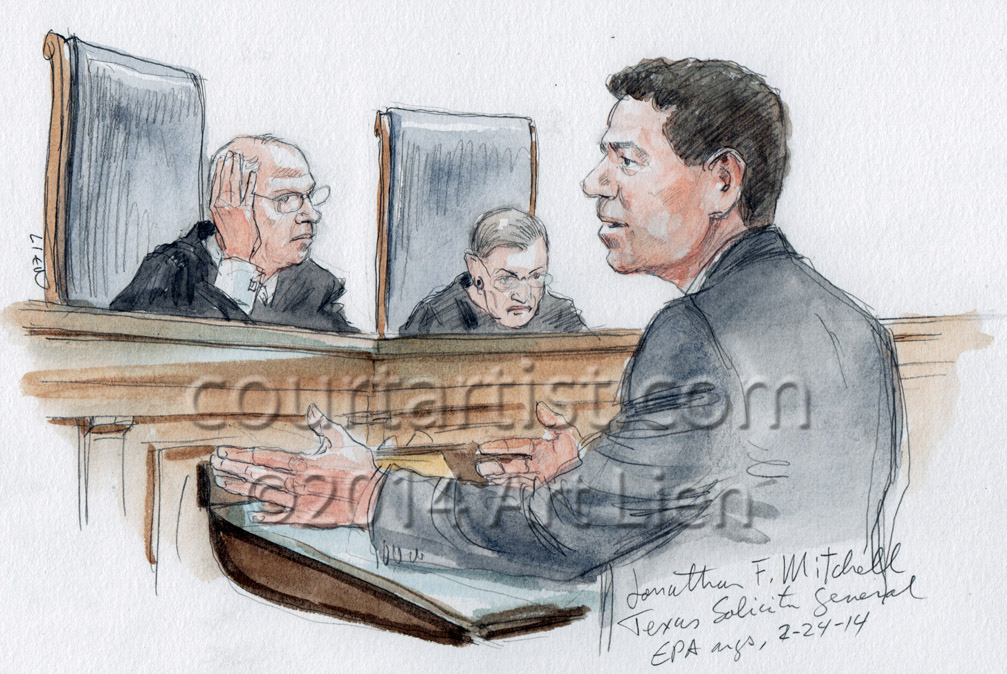 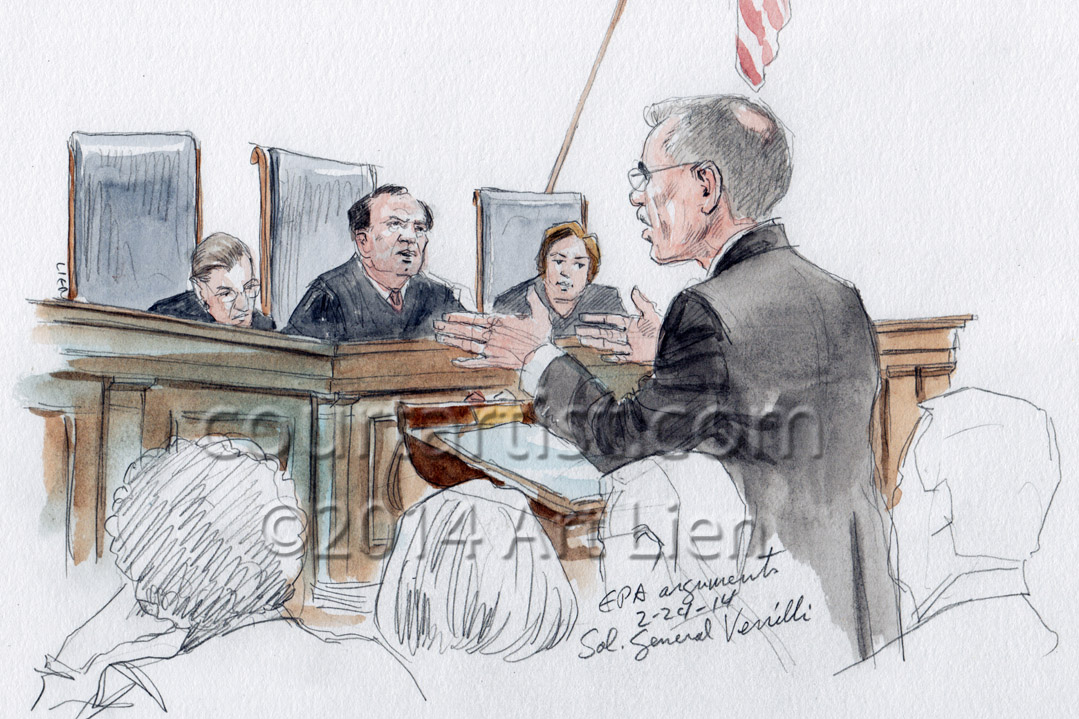