The McDonnell’s Day In Court 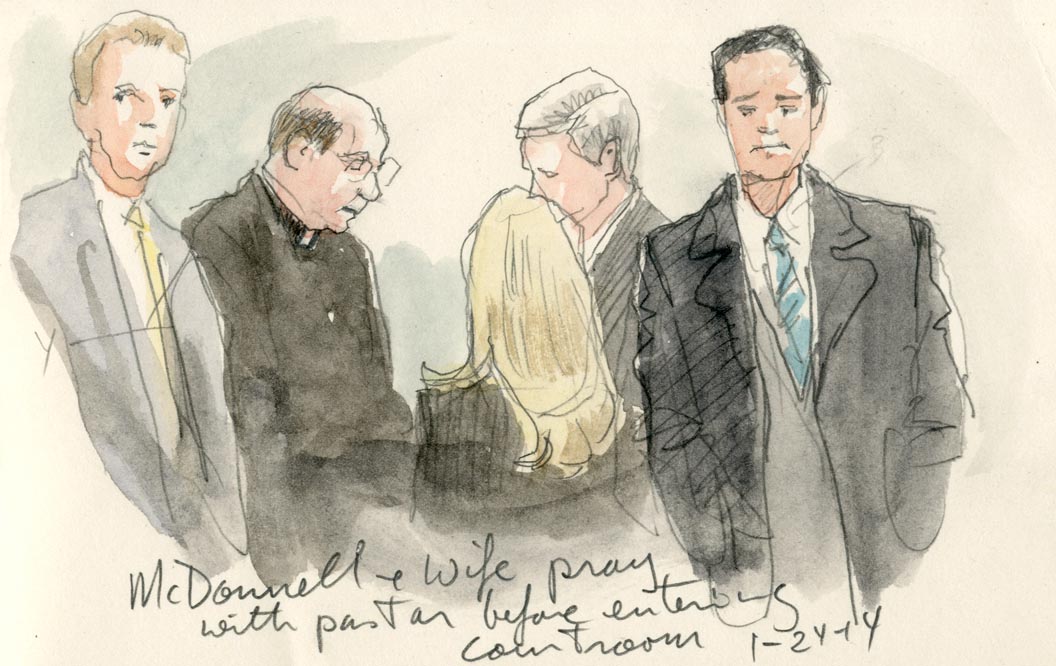 Former Virginia governor Robert McDonnell and his wife Maureen bowed their heads in prayer before entering the first of two courtrooms in U.S. District Court, Richmond. 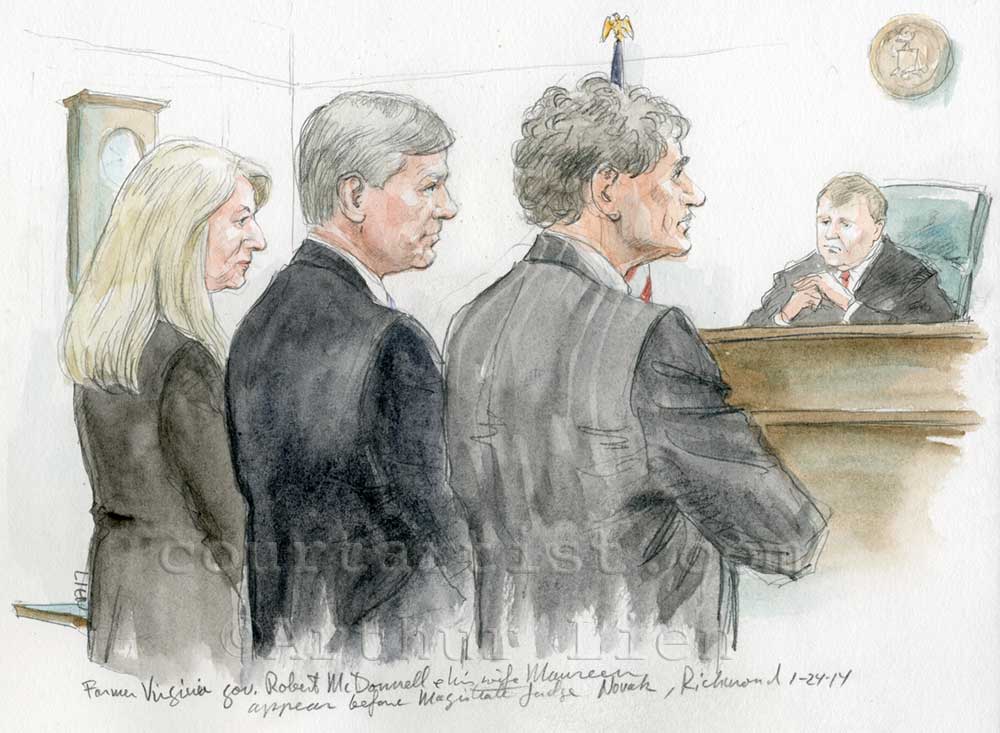 Their first appearance was before Magistrate Judge David J. Novak, who ordered the couple to surrender their passports but set no bail.

The crowd then moved to a larger courtroom on the seventh floor where McDonnell and his wife were separately arraigned before Judge James R. Spencer.