The Wind and the Rain Don’t Deter the Supremes 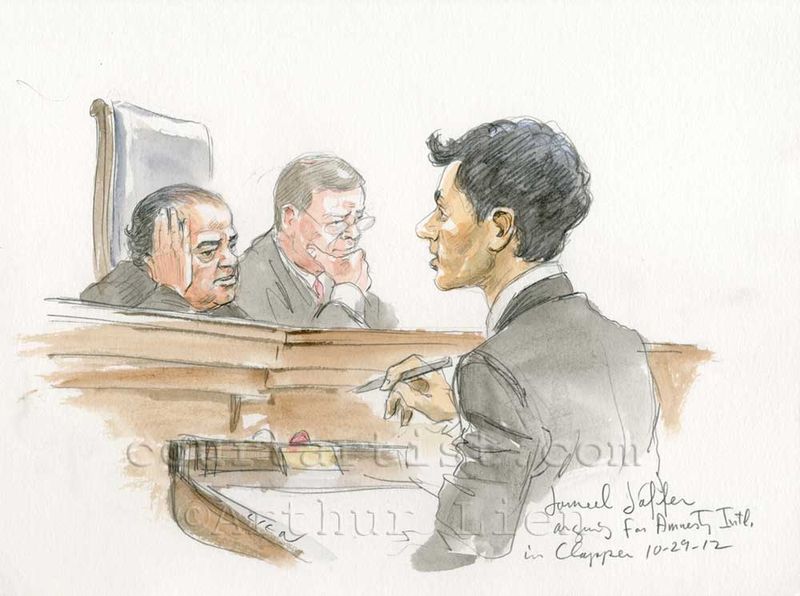 With the rest of the federal government shut down today as hurricane Sandy bore down on Washington, the Supreme Court kept to its schedule and heard arguments in two cases. In the first case, pictured above, the ACLU’s Jameel Jaffer argued that American citizens are harmed when their communications are intercepted under the new FISA Amendment Act. 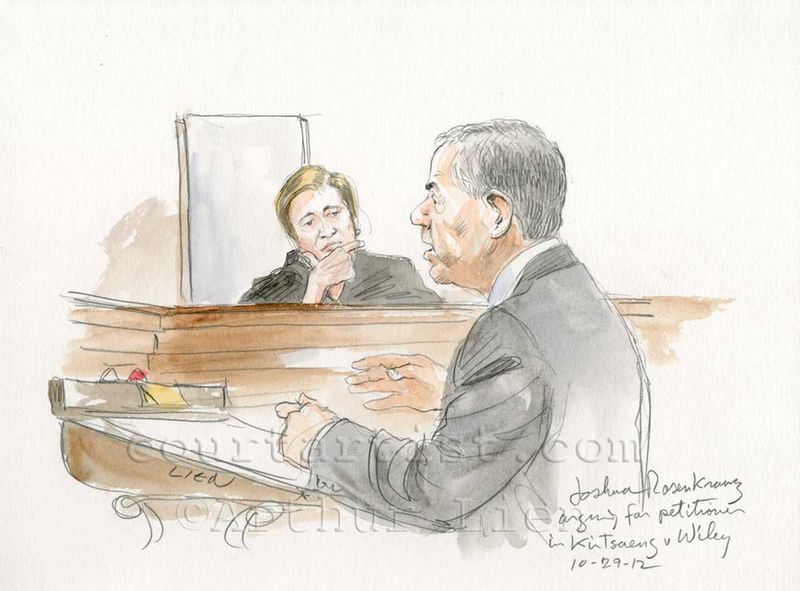 The second case argued today concerns the resale of books. Normally one can sell or otherwise dispose of an actual printed copy without permission from the copyright holder, but in this case a foreign student at a U.S. university paid for his education by having his familly purchase textbooks in Asia at a lower price which he then resold for profit. 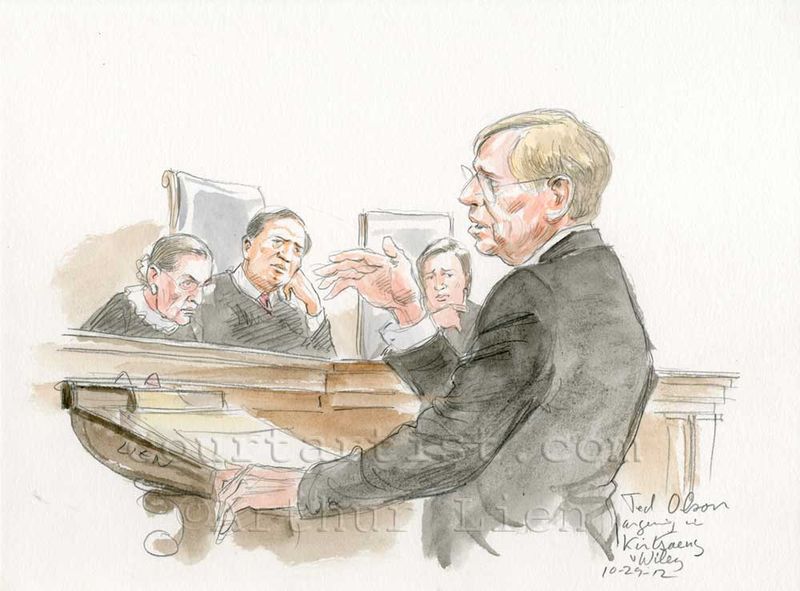 Justice Breyer, known for his elaborate hypotheticals, must have had hurricane Sandy on his mind, for during the first argument he asked Solicitor General Verrilli, “All right, fine. That’s why i say certainly….it might not be a storm tomorrow. I mean nothing is certain.” and during arguments in the second case, “Now, for example, I believe there is going to be a storm, but it hasn’t started yet”.

The Court has cancelled tomorrow’s session. Tuesday’s arguments will be heard on Thursday.