The Supreme Court today upheld the release of over 30,000 prisoners in California as one remedy for overcrowding.  Justice Kennedy delivered the opinion in the bitterly divided, 5-4, case : Brown v. Plata  ( formerly Schwarzenegger  v. Plata when argued November 30, 2010 ). 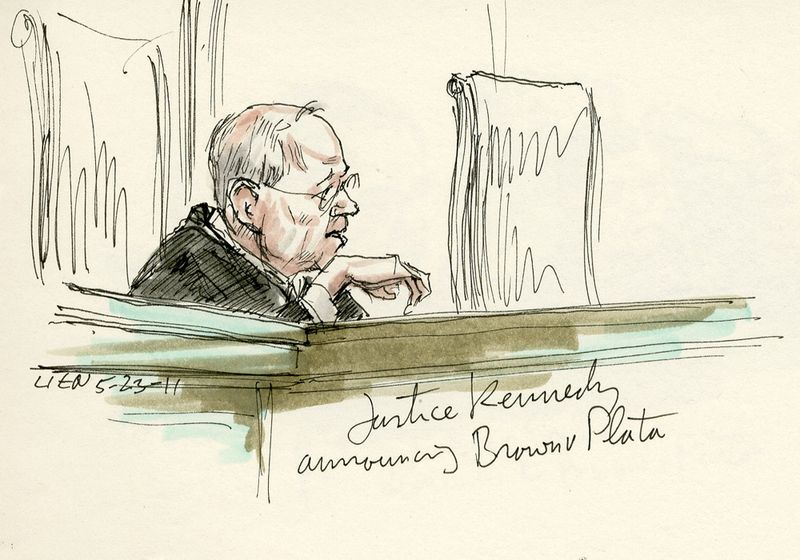 As is becoming more common in cases where there is sharp disagreement Justice Scalia read his pungent – adjective stolen from NYT’s Liptak – dissent from the bench as Kennedy – on the right below – stared straight ahead. 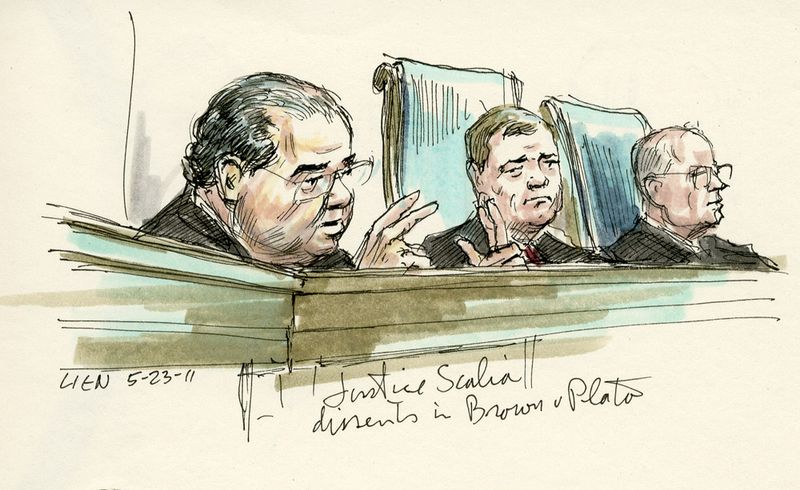 Andrew Cohen has written about the Court’s decision and the long simmering issue of growing prisoner population here.