A few chuckles at the Court yesterday ( see Dahlia Lithwick’s story in Slate ), so I thought I’d post a couple doodles I did as the Justices announced their opinions. 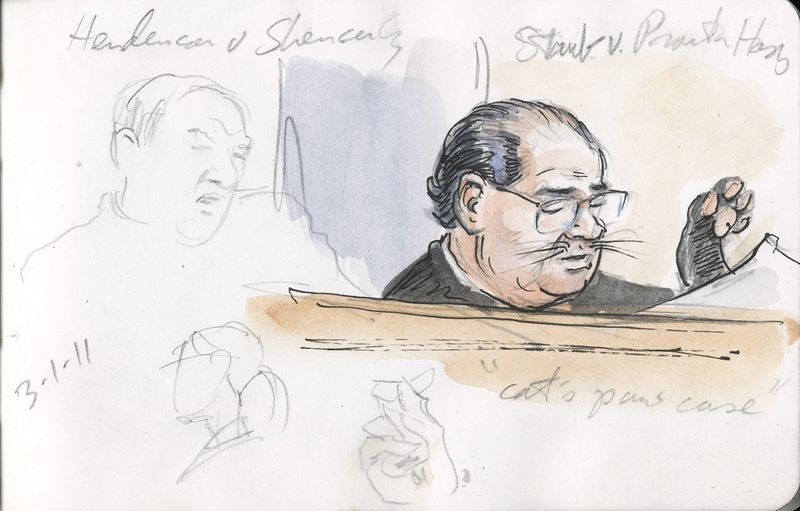 In his opinion in Staub v. Proctor Hospital Justice Scalia said it was a “cat’s paw case”.

He was quoting the Seventh Circuit’s Judge Posner, but the reference is to a fable by Jean de La Fontaine. 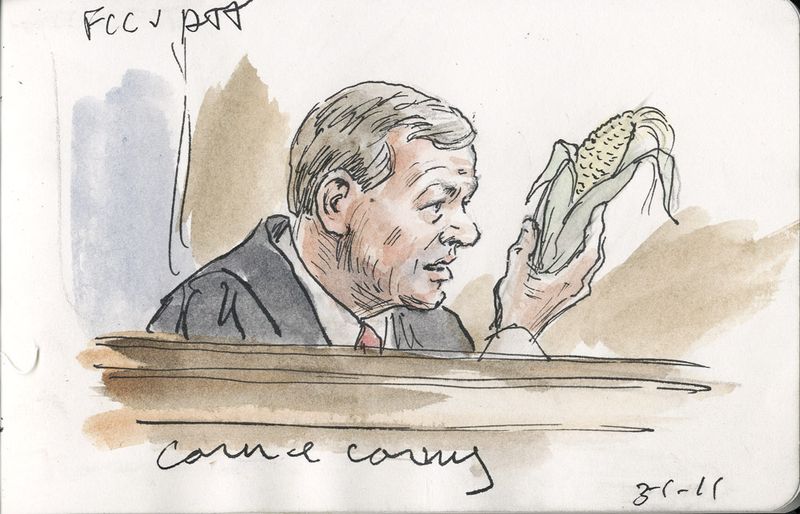 And Chief Justice Roberts, to explain why the Court unanimously found that AT&T does not posses personal privacy, even if it is a person, cited the distinct meanings of “corn” and “corny”, and “crank” and “cranky” ( see “Crafty Craft & Squirrel Squirrels” ).  He concluded his opinion by saying, “We trust that AT&T will not take it personally”.

For the record, Justice Scalia does not posses a cat’s paw and the Chief Justice did not hold up an ear of corn.