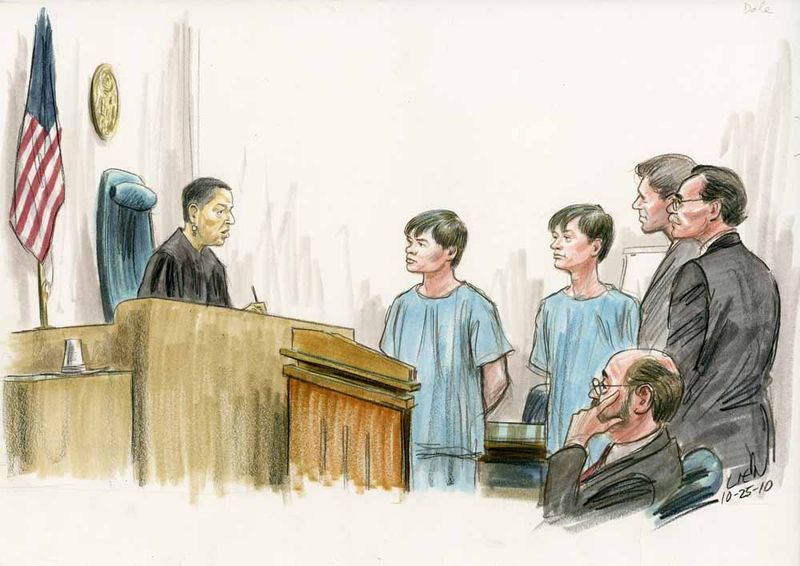 Charles Smith, pictured on the right, and John Perrone appeared before Magitrate Judge Deborah Robinson on Monday after the makings of a drug lab, as well as a small amount of the hallucinogen DMT, were found in Smith’s Georgetown University dorm room during an early morning raid this weekend.

Smith and Perrone, both 18, are high school friends from Andover, Mass. where they were honor-roll students.  Smith is a freshman at Georgetown, and Perrone a freshman at the University of Richmond.  The charges they face could result in ten year sentences, but that’s unlikely.  The administration of a dope slap would not be out of order.