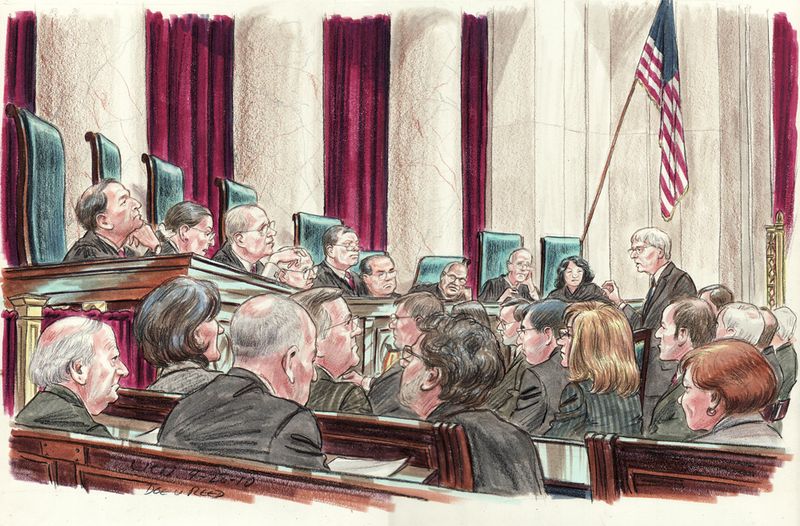 “The First Amendment does not protect you from criticism or even nasty phone calls” said Justice Scalia in questioning a lawyer representing Referendum 71 petition-signers who want to remain anonymous. 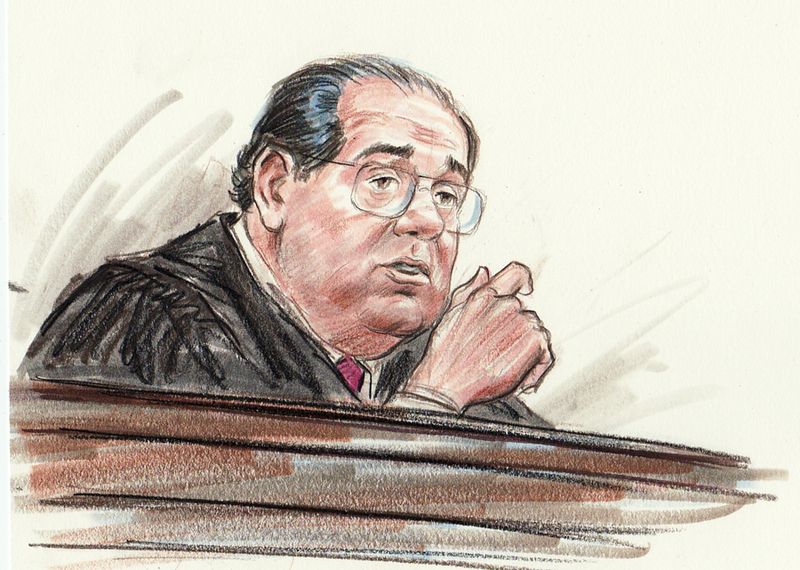 The attorney for the petitioners, James Bopp, Jr. argued that signing the referendum petition, which seeks to repeal Washington’s “everything but marriage” domestic partners rights law, is an exercise of free speech protected by the First Amendment. “No person should suffer harassment from participating in our political process,” Bopp said. 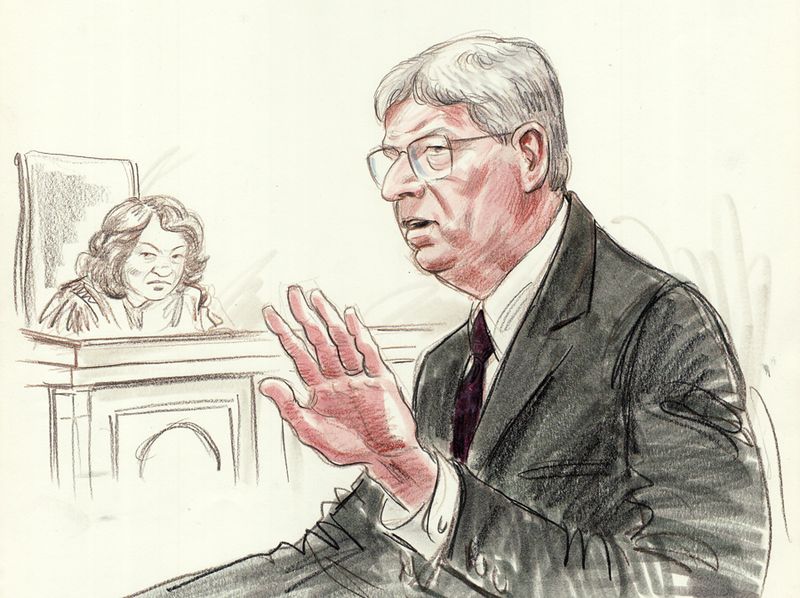 Washington state’s position is that signing a referendum petition is a legislative act. “The petitions for a referendum or an initiative are telling the government to do something” argued Washington’s Attorney General Robert McKenna. 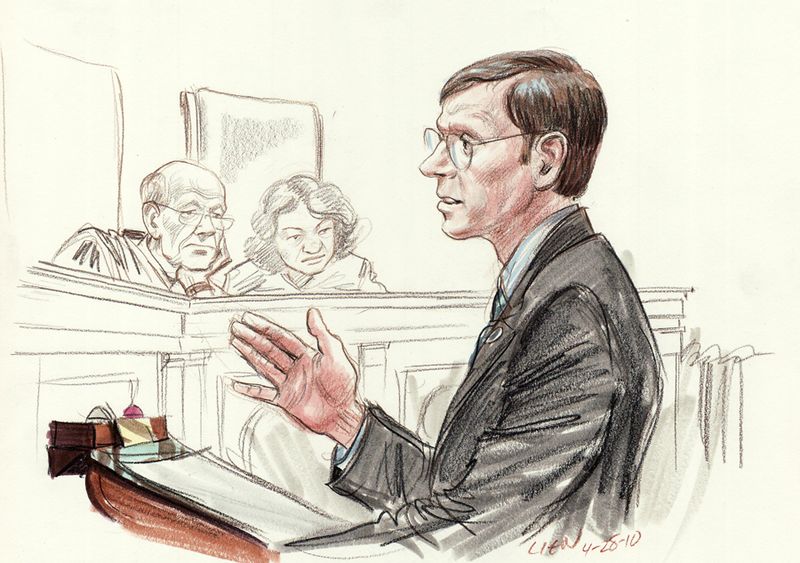 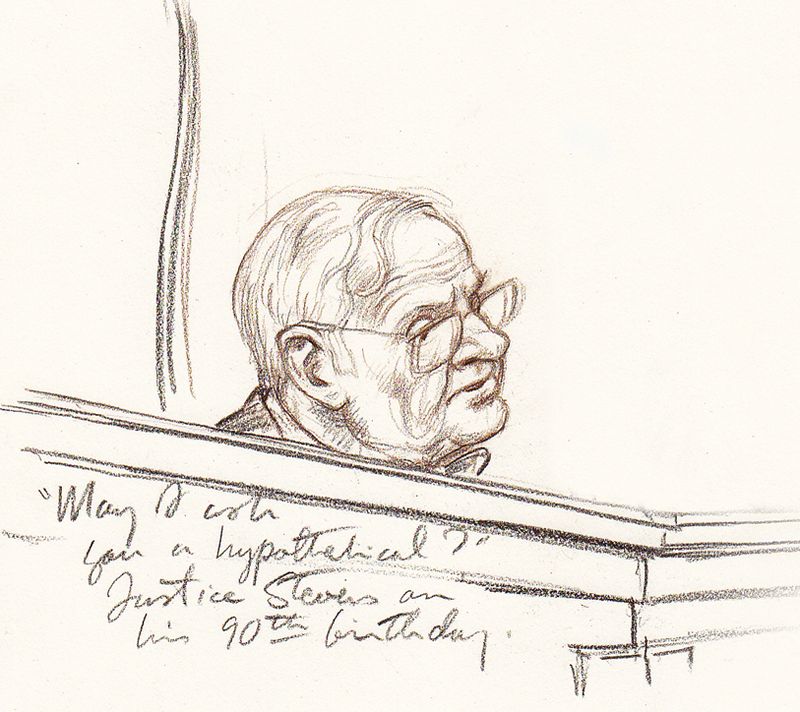 Busy Day (for me) at the Court 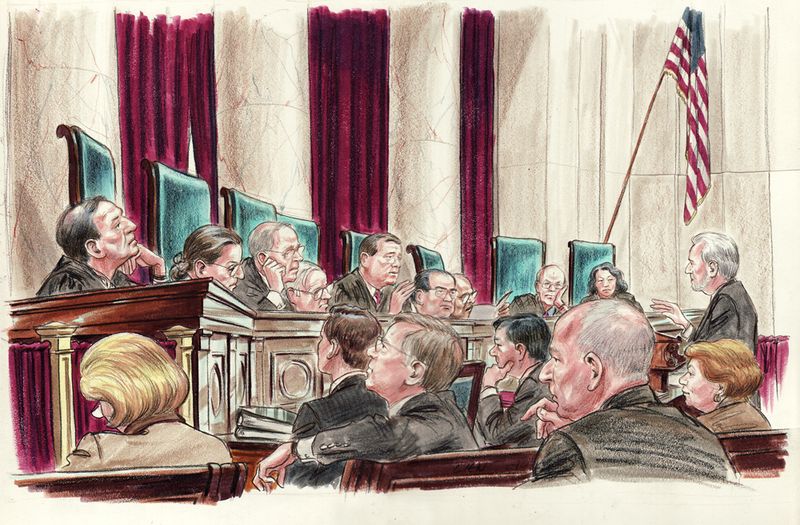 The Supreme Court heard arguments in two interesting cases today neither of which made Nightly News (which is why I’m posting the drawings here).

In the first, Christian Legal Society v. Martinez,  a Christian student group challenged a University of California’s Hastings College of Law requirement that in order to be recognized as an official campus organization membership must be open to all students, regardless of belief or sexual orientation. 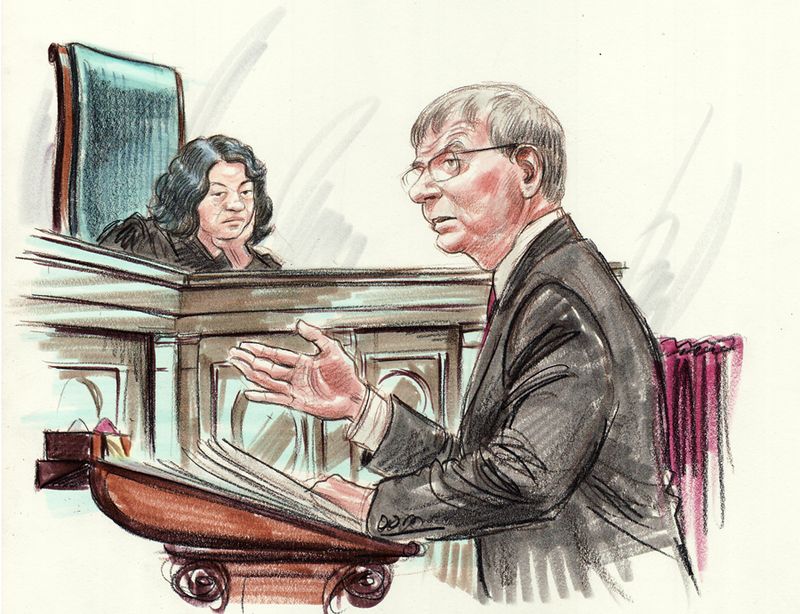 Arguing for the Christian Legal Society former U.S. 10th Circuit judge Michael McConnell sounded frustrated at some of the Justices’ questions, looking away and continuing to speak. Also sounding frustrated and perplexed were Justices Kennedy : “it’s frustrating not to know what is before us”, and Breyer :”what do I do with this case? ”

The second case, City of Ontario v. Quon, asks does an employee who sends personal text messages on a work supplied pager have a reasonable expectation of privacy? 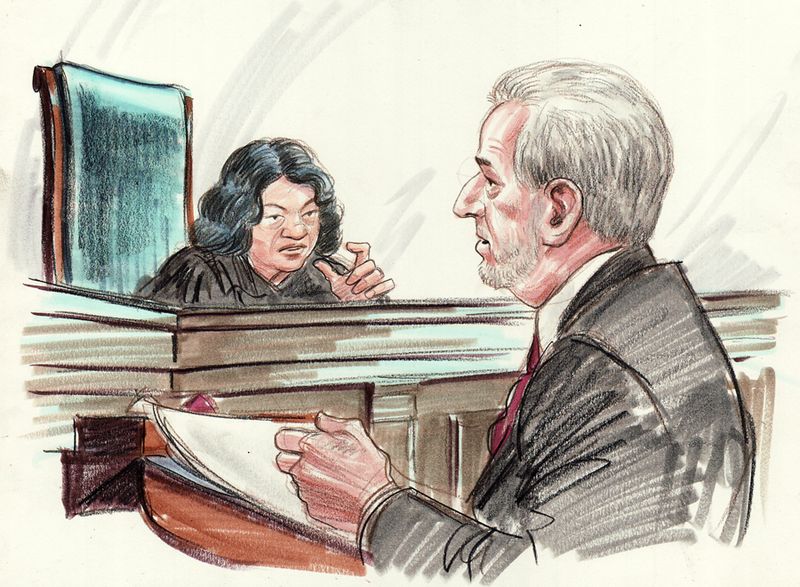 The City of Ontario, California, represented here by Kent Richland, supplied it’s SWAT team officers with texting pagers. The officers were informed that their messages would be available to supervisors, but would likely not be looked at as long as they paid the cost of exceeding the text limit. 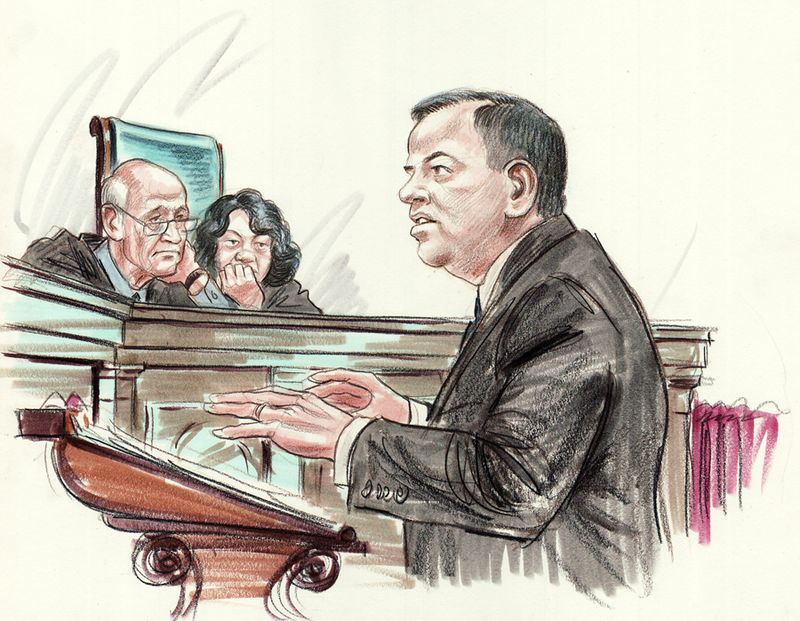 City officials later decided to perform an audit and obtained transcripts of messages sent on the devices. Officer Jeff Quon was found to have been sending personal messages, sometimes of a sexual nature, to his wife and to his mistress, a police dispatcher. Quon’s lawyer, Dieter Dammeier (pictured above) faced tough questioning from the start. Justice Ginsburg : “if an employee is told, now e-mails aren’t private, so we are warning you, we can monitor them, wouldn’t such an employee expect the same thing to apply to the pager?”