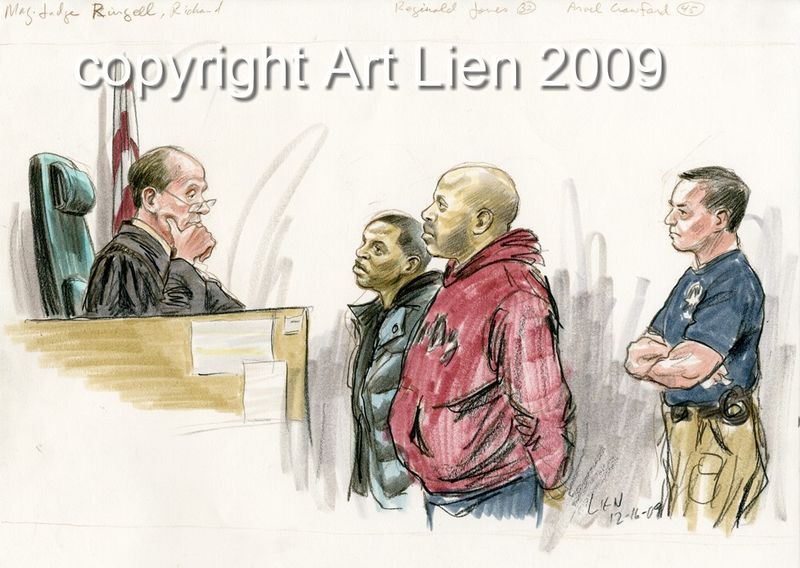 DC police officer Reginald Jones (in red) was arraigned in Superior Court yesterday evening on a murder charge for his part in a robbery in which two men were shot and one died.

Officer Jones was in his patrol car, acting as a look-out, while several men attempted to rob a drug dealer. In an ensuing scuffle one of the robbers was shot and killed by his own son, Arvel Crawford (also pictured), who also took part in the robbery. 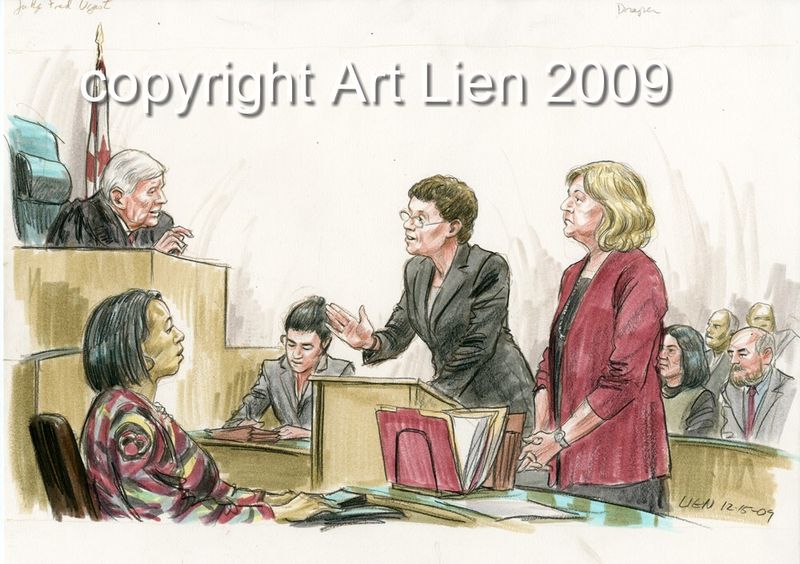 While Donald Gates, convicted of the 1981 rape and murder of a university student, waited in an Arizona prison lawyers in a DC courtroom were asking a judge to release him.

Gates’ conviction was based largely on the testimony of an FBI forensic analyst whose work has been discredited.

Pictured are Judge Fred Ugast, the original trial judge, at the lectern is Sandra Levick from the Public Defender Service, and Assistant U.S.Attorney Joan Draper. 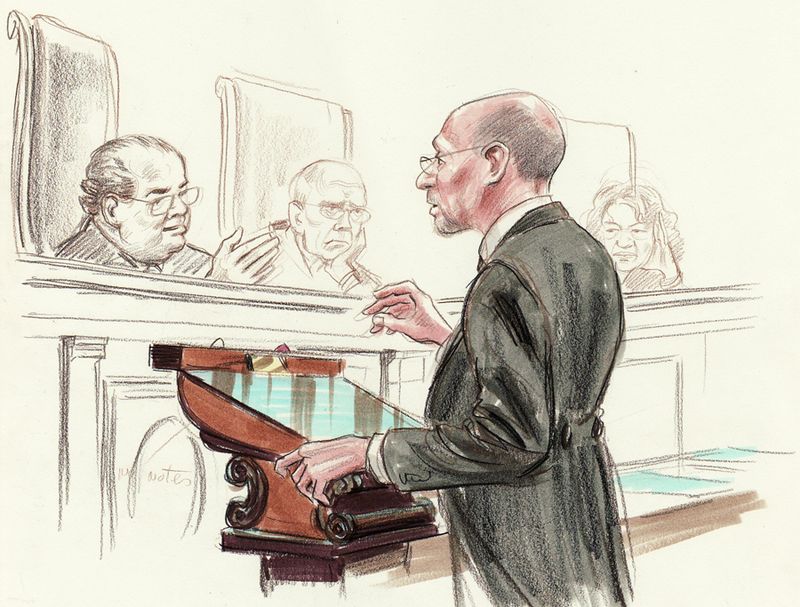 Deputy Solicitor General Michael Dreeben faced an uphill battle yesterday as the Justices questioned the vagueness of the Honest Services Act that makes it a crime to “deprive another of the intangible right of honest services.”

In response to Justice Scalia’s  aggressive grilling Dreeben said, “I think we would all agree, Justice Scalia, that had Congress taken
your counsel, I would not be here today defending what the Congress
attempted to do.”