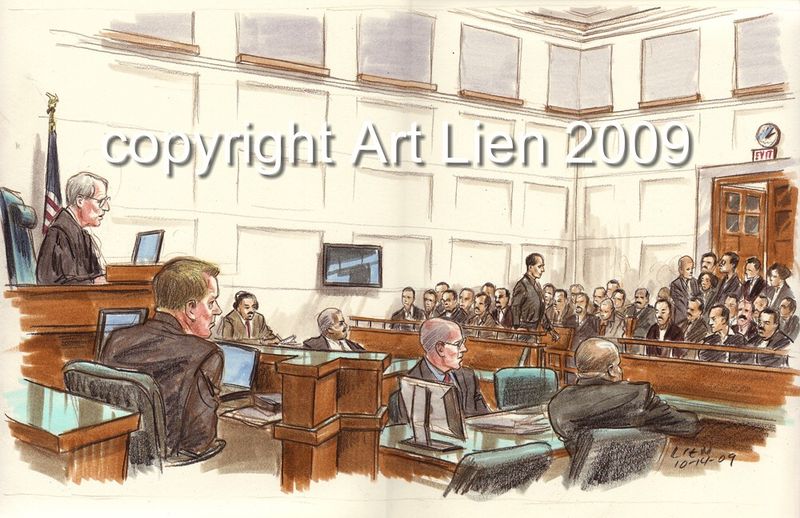 Thirty-nine names were on the docket for yesterday’s status hearing in the DC Taxicab Commission bribery case. One or two may have been home with the flu, but it was still quite a crowd. 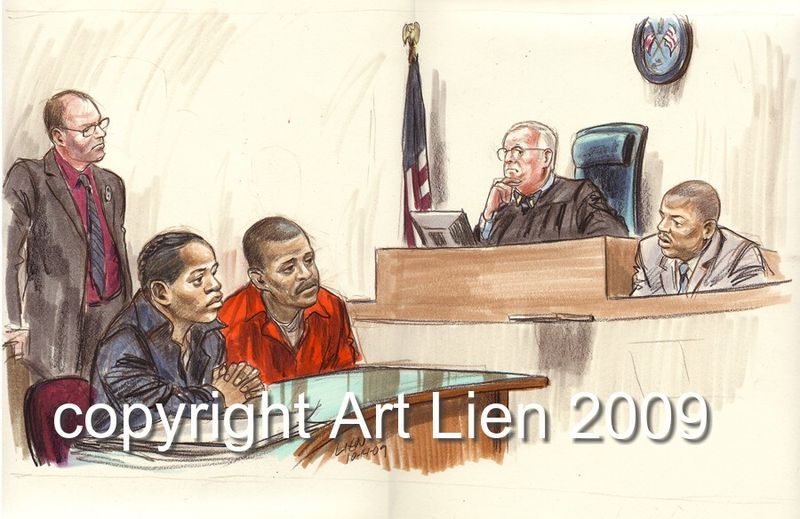 Shanika Robinson, shown above with her brother Leon, agreed to marry Shahabuddin Rana in exchange for monthly payments of $500.  The immigration scam turned deadly when Rana’s brother, after learning that Robinson was having sexual affairs with other men, refused to continue paying.

On August 18 Shahabuddin was found dead in the DC pizzeria that he owned with his brother.  Shanika, her brother and another man are accused of beating Shahbuddin to death and attempting to set the body on fire. 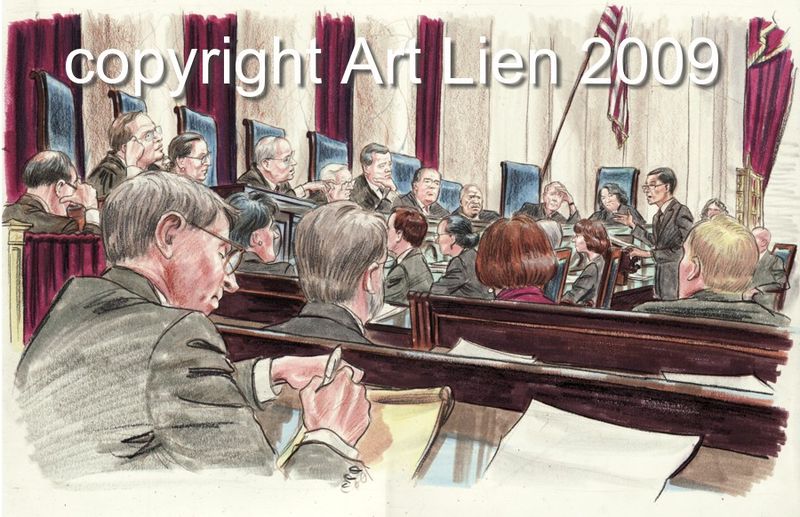 Ten years ago Congress passed a law banning video and other depictions of animal cruelty, but the Supreme Court is likely to decide that the law is too broad and vague. 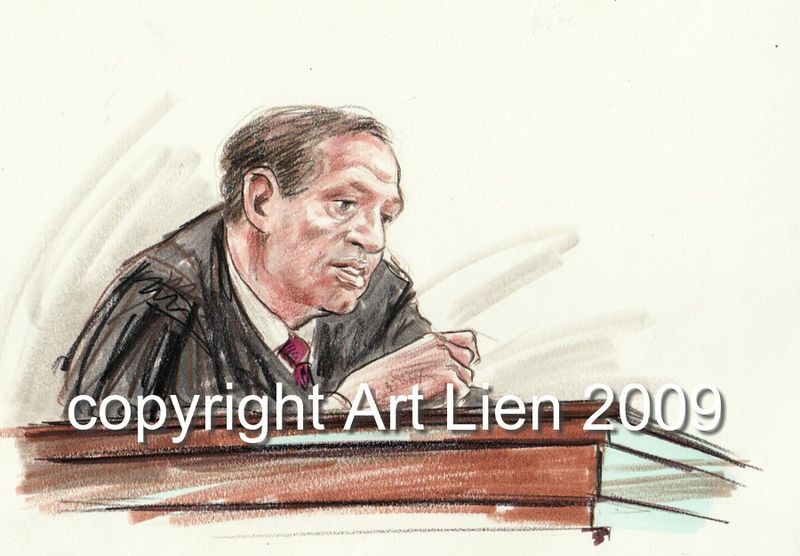 Justice Alito was the only Justice who seemed inclined to support the law. In response to a lawyer’s argument that historically depictions of animal cruelty have been under the umbrella of the First Amendment, he suggested that technology may have removed some of that protection.

Justice Alito: Well, isn’t that due to changes in technology?  Before people could watch videos at home, this sort of thing would be very difficult. 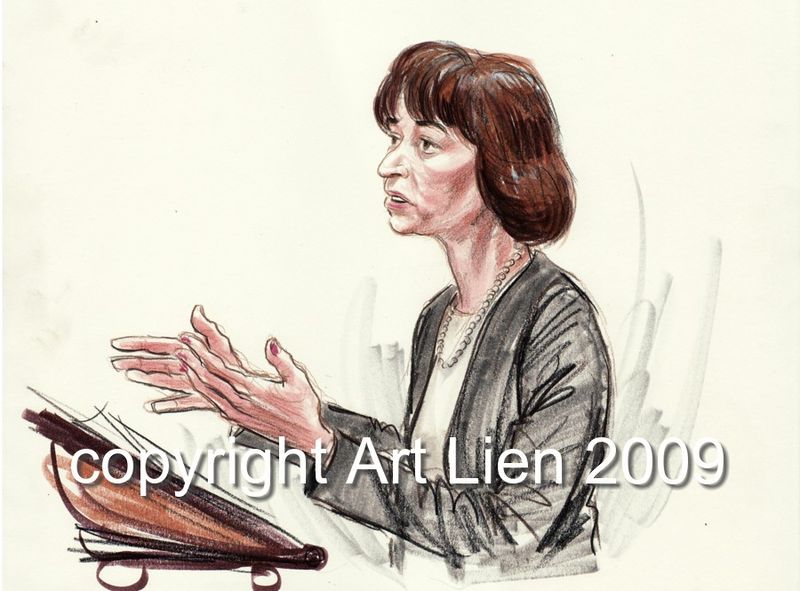 Attorney Patricia Millett: This covers photographs, . . . .  I’m not sure it wouldn’t cover sketch artists or a hieroglyphic, for all I know.

Justice Alito: And is there – – – in the real world is there a market for sketches of dog fights?

A Wink and a Nod Plea Deal 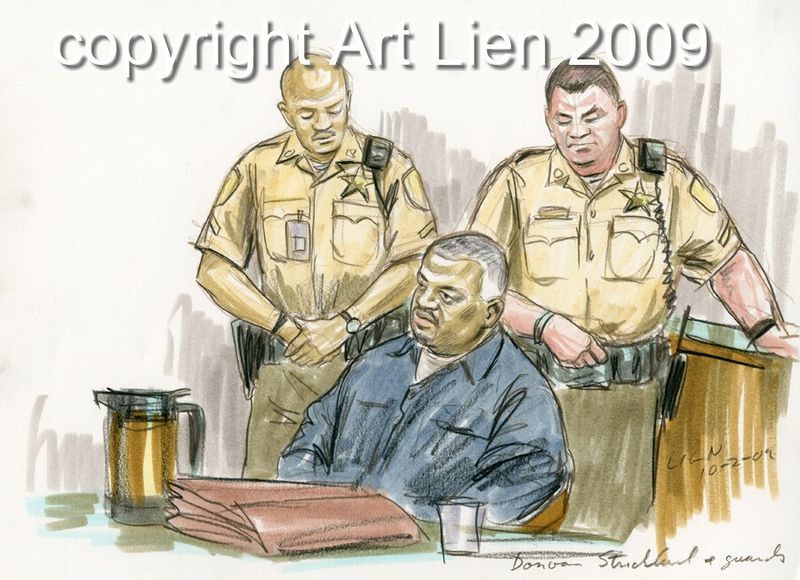 Sentenced to life without parole for the 1997 killing of a DC police officer, Donovan Strickland claims that he was promised a reduced sentence in exchange for his guilty plea.  Under Maryland law, convicts have a right to ask a judge to reduce their sentence and in 2005 the trial judge in this case, Richard H. Sothoron Jr, presided over a hearing to reconsider the sentence.  The courtroom was packed with police officers, including the Chief and his command staff, opposing any reduction in Strickland’s sentence. 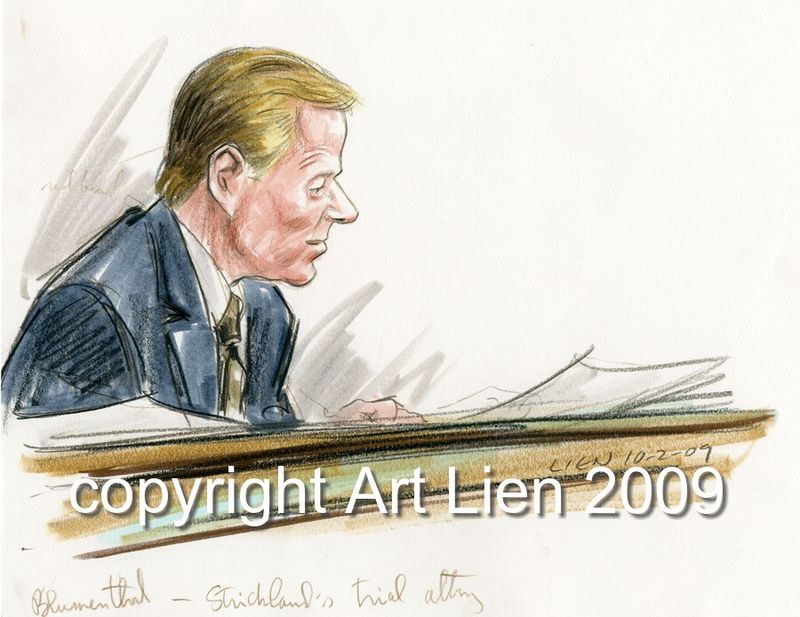 At the hearing Strickland’s trial attorney, Michael Blumenthal, said that Judge Sothoron
had promised to reduce the sentence to life and suspend all but 50 years. The matter was turned over to the Chief Administrative Judge who assigned the case to Circuit Court Judge Michael P. Whalen. After working it’s way through the appeals courts a sentencing reconsideration hearing was finally held in Judge Whalen’s courtroom yesterday. 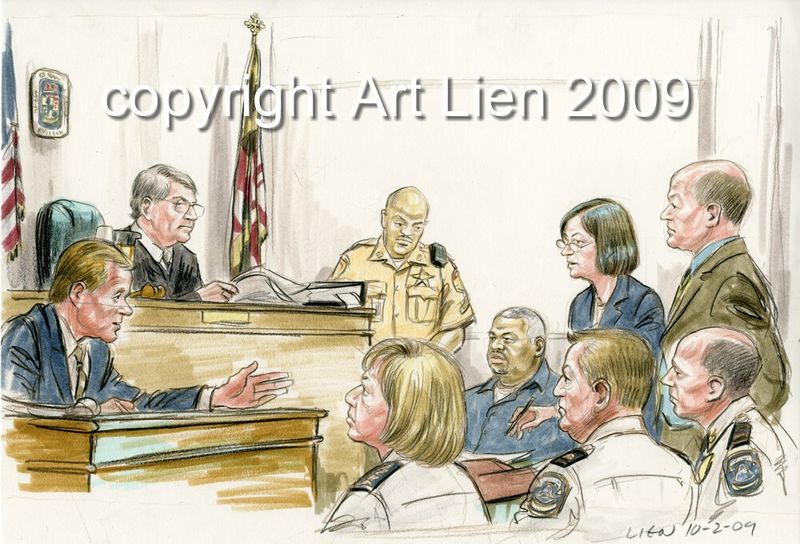 Strickland’s attorney again testified to the “wink and a nod” promise made by the judge. Again the courtroom was packed with DC police officers including Chief Cathy Lanier, pictured above center foreground. 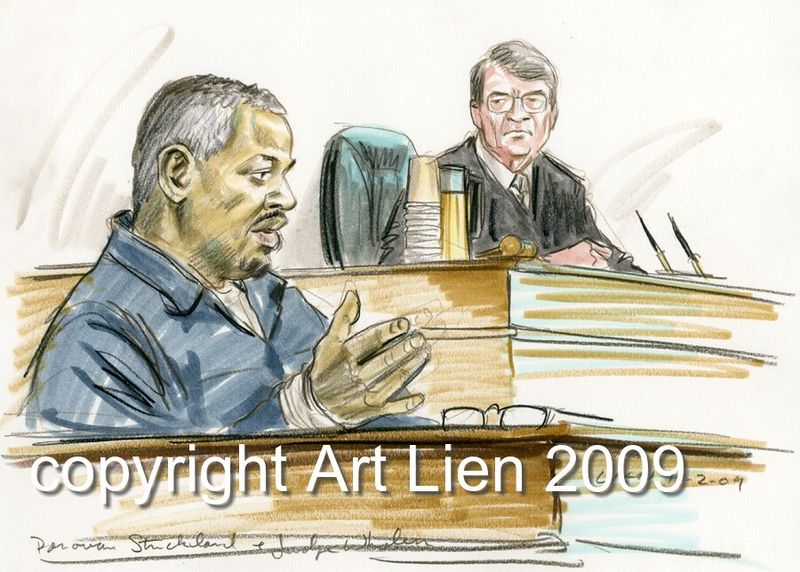 Donovan Strickland, took the stand to say that his understanding when he agreed to the plea was that with good behavior his sentenced would later be reduced and he could be eligible for parole in 25-30 years. 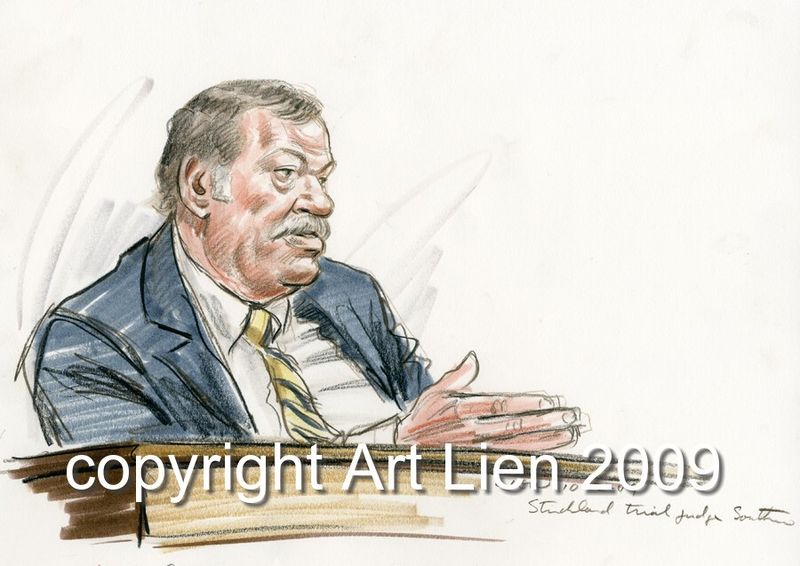 Judge Sothoron testified “There was nothing discussed beforehand that is not reflected in the record,”  and “the record speaks for itself”. Although he did admit that he was  “inclined to favor a reconsideration of the sentence,” at the time a plea deal was accepted.
The hearing was continued until next Thursday, but before recessing for the day the Judge heard statements from 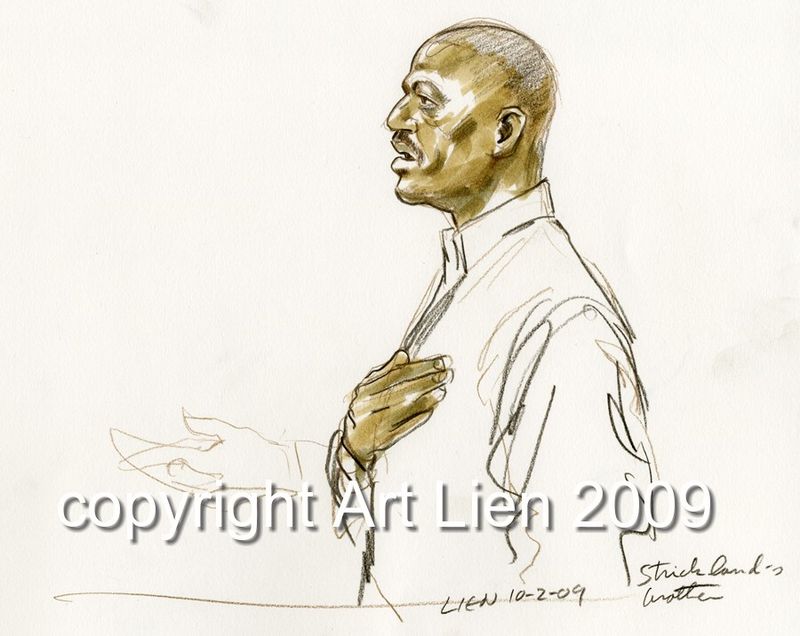 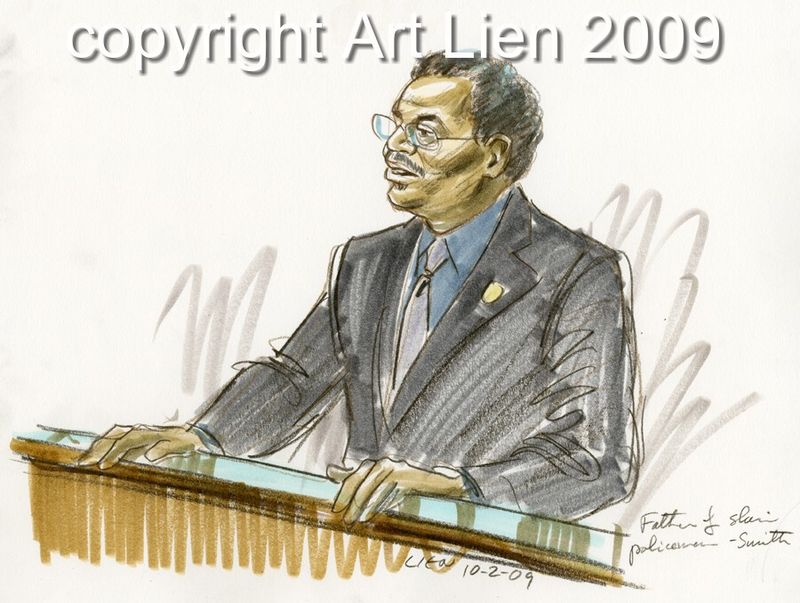