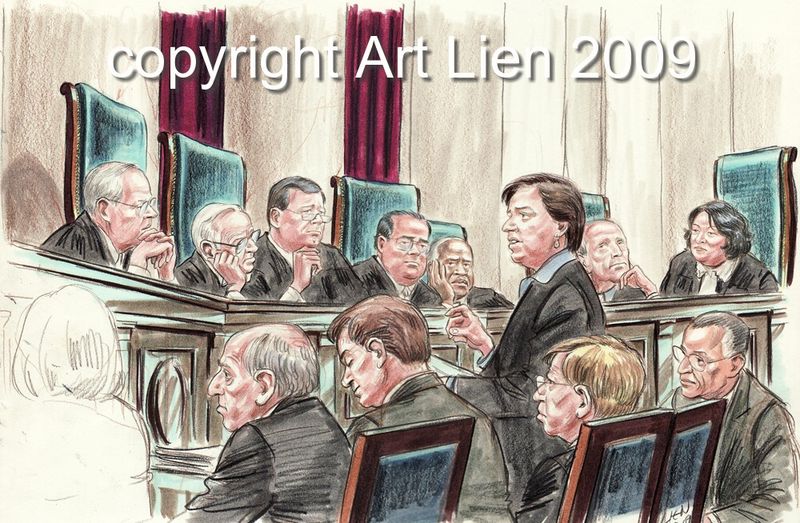 In an unusual September sitting, historic in several ways, the nation’s first woman Solicitor General made her first oral argument before the first Supreme Court to include a Latina, presumably wise.

The court seemed poised to undo, at least partially, a hundred-year-old ban on corporate campaign financing, as Solicitor General Kagan all but to acknowledged : “If you are asking me, Mr. Chief Justice, as to whether the government
has a preference as to the way in which it loses if it has to lose, the
answer is ‘yes’.”

Dahlia Lithwick has written about it here. 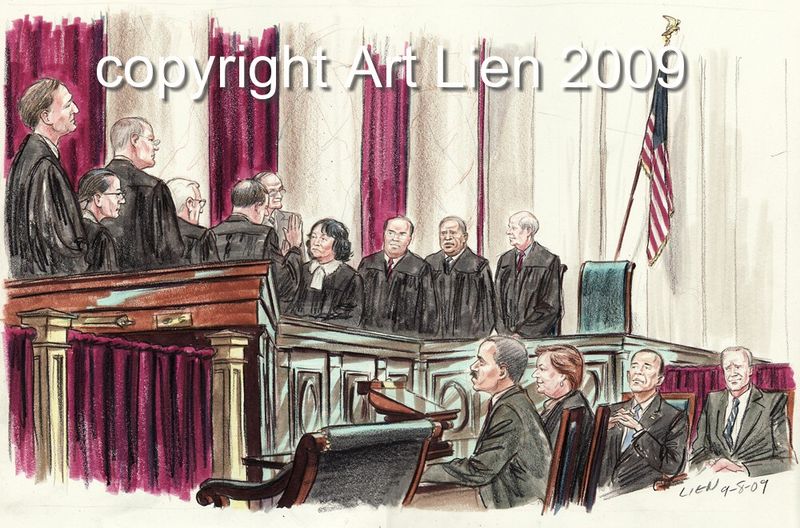 The sketch shows Justice Sotomayor being sworn in at today’s investiture ceremony. Attorney General Eric Holder and Solicitor General Elena Kagan are seated at the table. To the right is President Obama, and Vice-President Biden (I didn’t quite capture a good likeness of Biden). In the left foreground is the chair used by Chief Justice John Marshall in the early 19th century, and  where Sotomayor was seated as the Clerk read her commission. 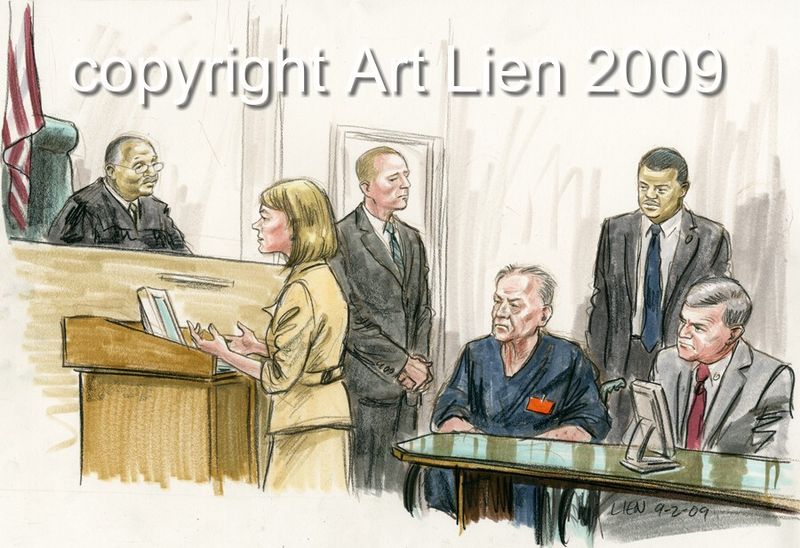 James von Brunn, the 89 year old white supremacist who shot and killed a security guard at the U.S. Holocaust Memorial Museum in June finally appeared in court today. Despite having been reportedly shot in the face von Brunn seemed alert and was able to speak clearly. 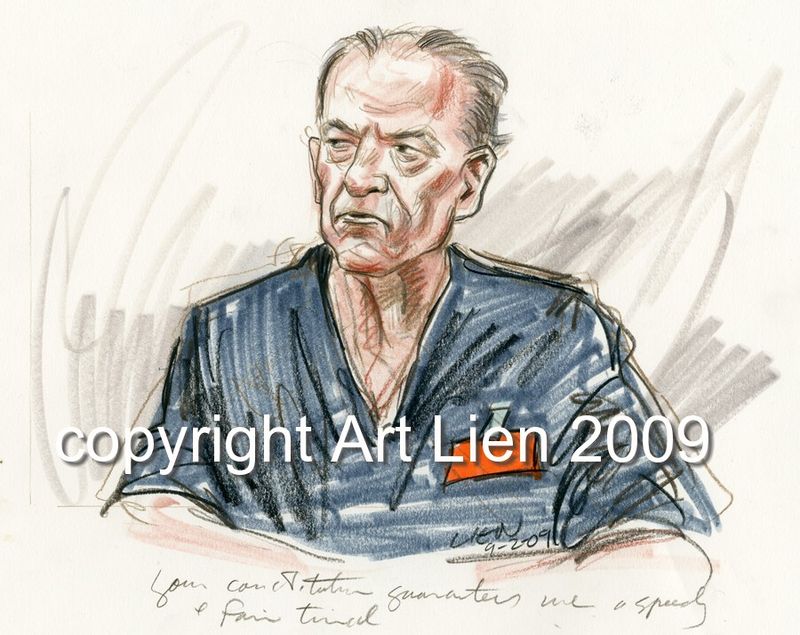 He objected to the public defender’s request for a mental competency exam saying: “your constitution guarantees me a speedy and fair trial”.