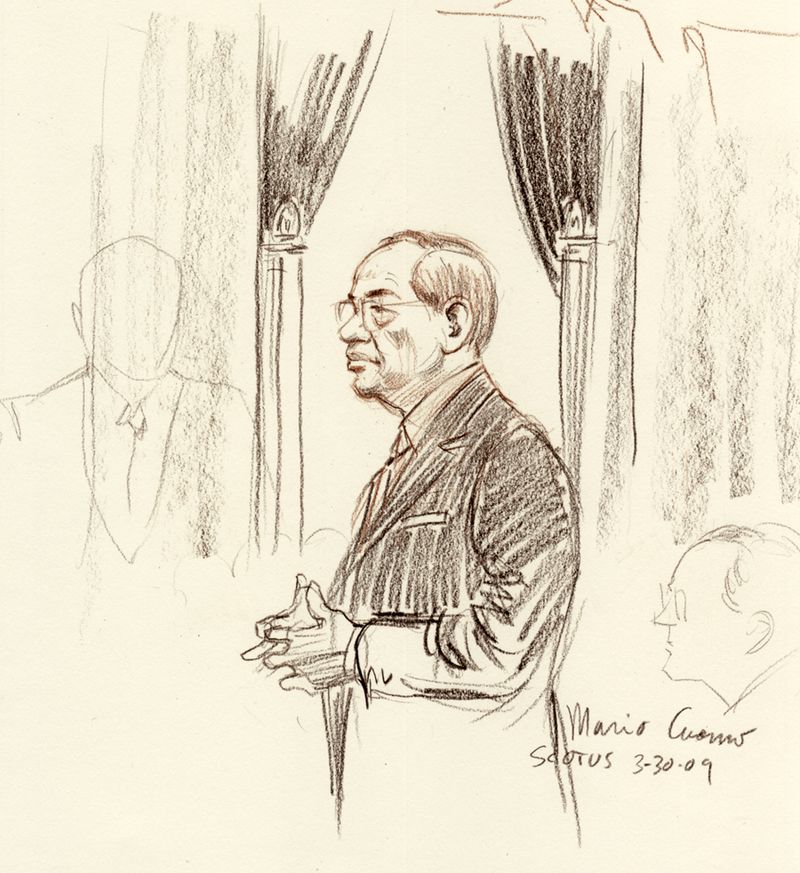 Former New York Governor Mario Cuomo was in attendance today as the Supreme Court heard arguments in a long running asbestos settlement case. Johns-Manville, once the country’s largest asbestos mining and manufacturing corporation, went bankrupt in 1986 as it faced a deluge of asbestos injury lawsuits. As part of it’s reorganization plan the Manville Personal Injury Settlement Trust was created to shield Manville and it’s insurers from future claims, but in 2001 the asbestos plaintiffs’ bar asserted new grounds on which to sue Manville’s insurer, Travellers Insurance. Mario Cuomo led the mediation which reached a settlement in which Travellers would pay $500 million into a new trust in exchange for an order from the bankruptcy court “clarifying” the 1986 injuction. But not so fast! A number of third parties have objected to the proposed settlement and so here we are.

I really just posted this for my mom. She’s a Mario Cuomo fan.

Tony Mauro of Legal Times blogs about it here.

UPDATE: Tony Mauro later spoke with Mario Cuomo about his visit to the Court, and has a BLT post here.

Hillary: The Movie / scotus: the sketch 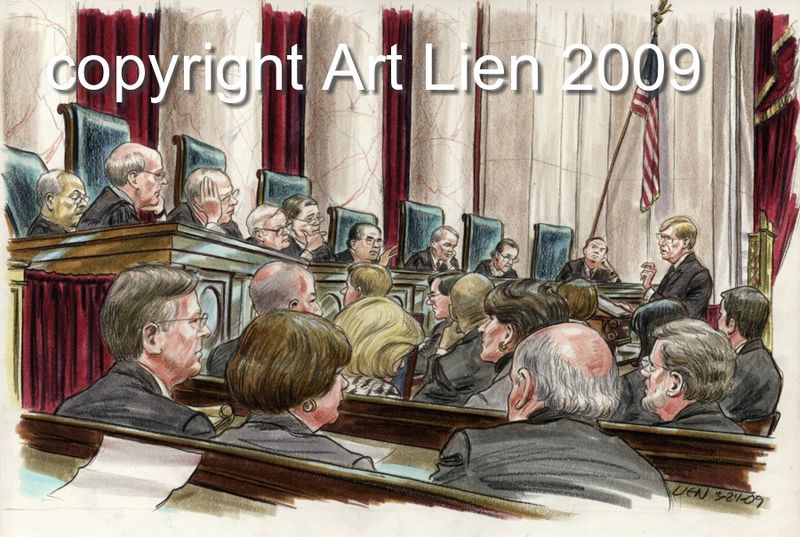 Above is a sketch of Tuesday’s arguments in a campaign finance (read McCain-Feingold) case about a blistering 90-minute political film, Hillary: The Movie.

Slate’s Dahlia Lithwick, who is not pictured because she sits back in the alcove with us artists (the true ink-stained wretches), has the story here. 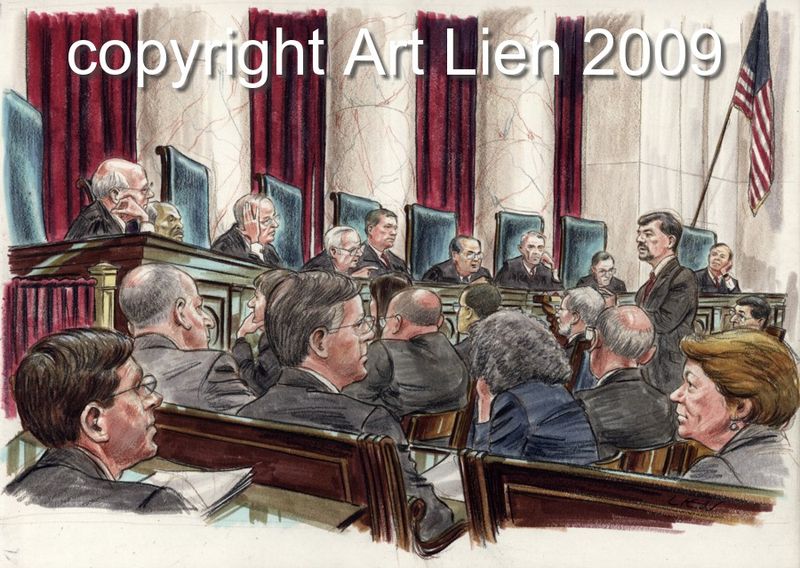 Today the U.S. Supreme Court heard arguments in a case from Alaska that asks whether a convicted felon has a constitutional right to access state evidence for testing. Because the subject of this case, William Osborne, who was convicted of rape in 1993, did not avail himself of the more accurate DNA test prior to trial, and admitted his guilt at a parole hearing some of the Justices seemed to think he might be “gaming the system” by seeking DNA evidence now that he has nothing to lose.

According to The Innocence Project, whose co-founder Peter Neufeld argued on Osborne’s behalf, 232 wrongly convicted persons have been exonerated over the past two decades.