Testimony turns to Tom Cruise (and Penelope Cruz too) 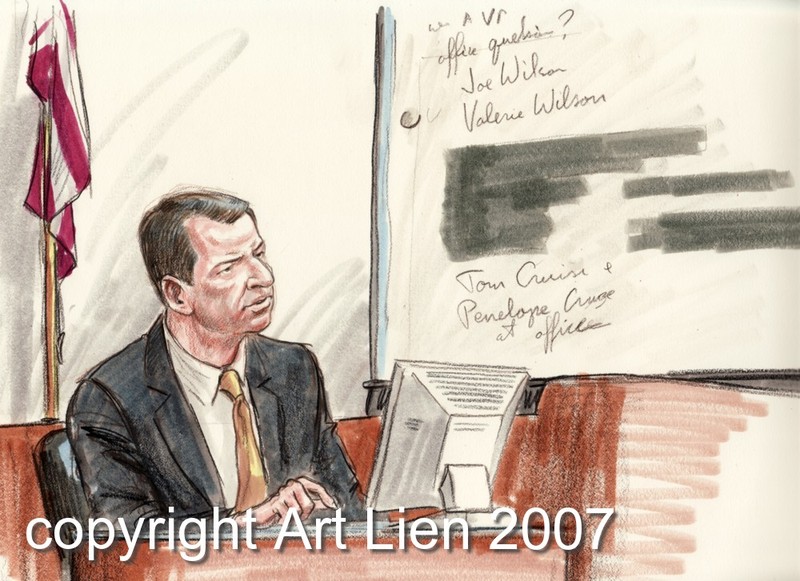 Craig Schmall, the CIA employee who daily briefed the Vice-President and Lewis Libby, testified about notes he would write in the briefing book table of contents.  On June 14, 2003, the same day he made a notation about Joe Wilson and Valerie Wilson, Schmall also wrote: “Tom Cruise & Penelope Cruz at office”.  He testified that their visit was to express concerns about the treatment of Scientologists in Germany. 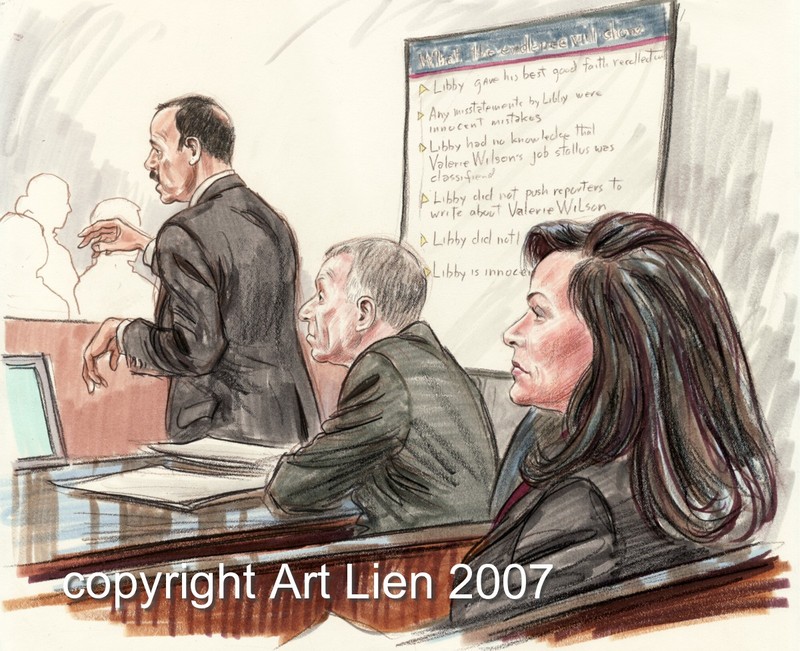 In opening arguments to the jury today “Scooter” Libby’s lead attorney, Ted Wells, portrayed his client as a sacrificial lamb  “put through the meat grinder” by the White House in an attempt to protect Karl Rove.

The sketch shows Ted Wells addressing the jury while Libby and his wife look on. 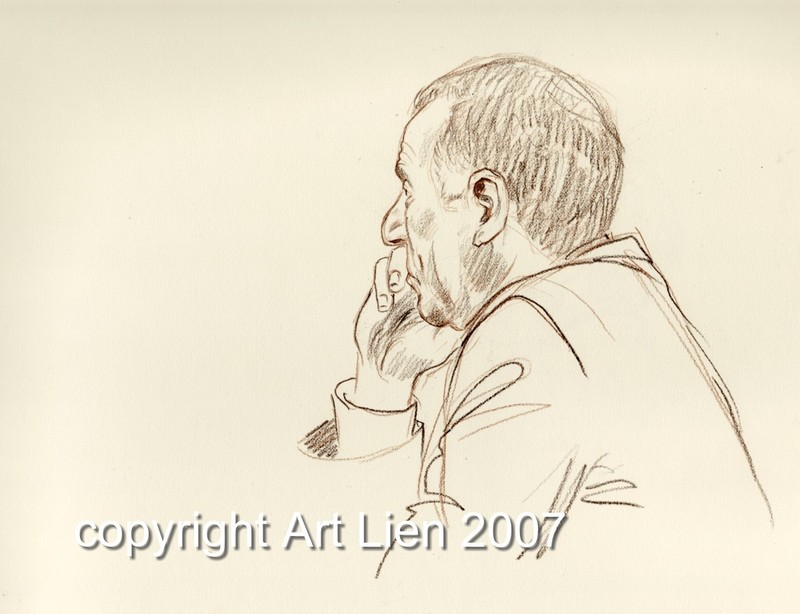 We can’t show the mostly white jury of nine women and three men, so here’s a drawing of Libby watching the selection process. 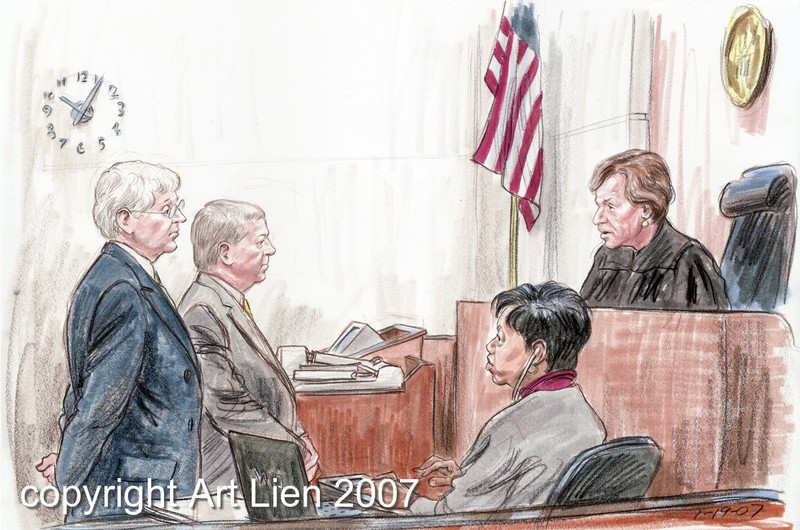 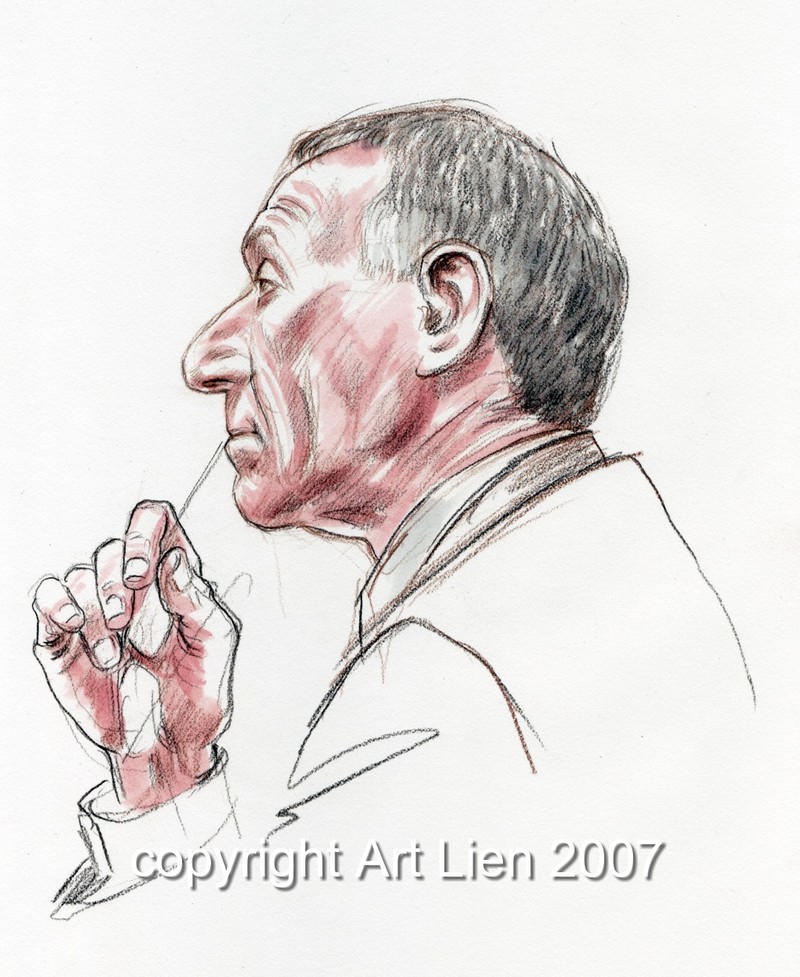 Despite Judge Walton’s best efforts, and a promise to stay late into the evening, empanelling a jury in the the Libby trial this week was not to be, and opening arguments, originally set for Monday will have to be moved to Tuesday, or even Wednesday of next week.